How Is Copper Extracted and Refined? - Skip to content 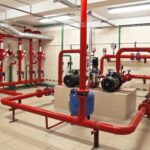 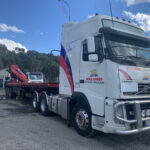 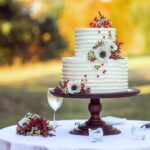 How Is Copper Extracted and Refined?

Copper and other metals are found in a rock or mineral called ore. Ores occur in the form of sedimentary and igneous rocks throughout the earth’s crust. Chile is the world’s largest copper-producing country, where the world’s leading copper mining industries produce high-quality copper.

Here is the complete process of how copper is extracted and refined. Sulfides and oxides are the main ores of copper. Due to the different chemistries of copper oxide and copper sulfide, they undergo two different processes, hydrometallurgy, and pyrometallurgy. Mining and transporting are the basic steps of copper processing.

Open-pit mining is performed by drilling machines used to drill holes into rock after digging deep into the earth with stepped benches. Explosives are used to smash the rocks. The resulting rocks are then ready for transport. Specialized cargo trucks, conveyors, trains, and shuttle vehicles transport the ore to the processing site. These ores are then going under crushing. The crusher is usually located close to the pit. A primary crusher is used to reduce the size of rocks.

In this process, sulphuric acid is used as a leaching agent to leach out the copper from the ore. The crushed ore is stacked into a secure layer, and the diluted sulphuric acid is sprinkled on the top. It dissolves copper, and a weak solution of copper sulfate is formed.

In this step, copper is extracted from the resultant solution of copper sulfate and sulfuric acid. The solution is stirred vigorously with a solvent allowing them to separate. Copper moves in the solvent and impurities in the leach solution, and the leftover leach solution then goes through recycling.

This is the last step in which the copper is recovered from the solution when it passes through an electric current. In this step, 99.99% pure copper comes out of the solution.

Moreover, Three Valley Copper is focused on growing copper production and exploration of its primary asset, MTV located in Salamanca, Chile. It produces Electrolytic Copper Cathodes Grade A purity through the mining of its own deposits and the purchasing of third-party ore. Three Valley Copper stock is increasing at a high pace because copper consumption is growing.

Crushed ore is mixed with liquid to make a slurry. In the process of froth floatation, chemical reagents are mixed with slurry to separate copper. These chemical reagents bind with copper particles and make them hydrophobic. Then the air is used through pipes to create a froth of copper-rich bubbles on the surface.

In this stage, large tanks called thickeners are used. Froth solution is poured into these tanks where solid settles at the bottom, further filtered to wipe out the water. The resultant product contains 30% copper, which is further refined by smelting.

In smelting, 2,300 °F temperature is used to heat the solution and remove impurities. A molten copper mate is formed comprising 58-60% copper. Then it is taken to the converter, where the remaining iron and sulfur burn. Then yellow colored 98% copper blisters are formed. Then at anode casting wheels, it turns into 99% pure copper. It goes through electrolysis for 14 days to get 99.99% pure copper.